Just wanted to get peoples thoughts, I am thinking of getting the twin radiators from a Ducati Streetfighter and retro fitting them along with the lower fairing to my bike.

What does everyone think?

I didn't find the right answer from the Internet.

Its too early to ask i guess, but can we install the FZ 25 Headlight on yamaha fz FI ?
FZ 25 has improved headlights as per the standards i guess, can it be fitted to yamaha fz fi? will it not be an issue design or electricals wise?
can it be done? How?
Please help.
Thanks!

my bike started to do weird things coming back from a trip. in 6th gear at 7k rpm i can feel a ticking in the throttle grip anything over 7 it goes away.. 1,2,3 gear if I hold it steady above 5k rpm to redline the bike surges.. the RPM gauge flutters up and down if i hold the throttle at a constant speed.. up and down 200-300rpm and willl not stop. so it sort of feels like the bike it going over little dips.. its got 20096km on it. I have cleaned/lubed checked the chain and this only ever happens under load on a stand it does not happen.

Any ideas?
Please help.
Thanks!

Yamaha RZ350's (especially 1983 and 1984 models) have a CDI problem that causes it to fail over time. A used unit from a a newer model don't work unless you replace most electrics. I heard of some people fixing this problem by taking the CDI apart and replacing or soldering the fault. It's hard to take the CDI apart but I never seen anyone release the fix or a schematic of the CDI with test procedures.

Does anyone have a schematic/circuit details or know how to test, FIX this?
Please help.
Thanks! 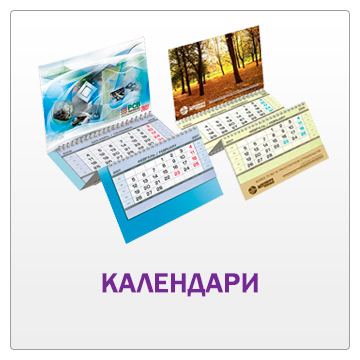 There is a little hole on the side of the damper tube, almost to the bottom of the tube where the damper shaft enters the tube.

I prepped and painted the spring and damper assembly, so it looks great, just wondering if there's any lubrication I can do before I reassemble it onto the bike.

I have a 84 ZN700 that I acquired (for free) that someone hacked the electrical system out of. Its a mess and the junction box is gone. With a wiring diagram I have rewired it to a point and got it running. My question is with the rectifier and regulator.

I know the three yellow wires go to the stator, the black with the yellow stripe is a ground and the white goes to the switch and supplies power back to the battery if I'm correct.

The brown with the white stripe also goes to the switch and to the junction box. Does anyone know what its purpose is?

I just bought a 2010 Z1000 last week, and was trying to adjust my idle speed. The digital tachometer only displays bars, I'm wondering for 1050-1150rpm of default idle speed, which bar should I be setting my idle at?

Wish I haven't sold my handheld tach meter for my scooter...

I have a 1985 GPZ900 that will continue cranking but will not run. The background is I recently replaced the engine with a warrantied gone through engine (so it shouldn’t have any problems).

I went through and cleaned the carbs twice now, I also have clear fuel lines and can visually see fuel running through them from the tank. I also have pulled the plugs which are brand new checked the gaps and verified a spark. Currently no air box is connected but my exhaust is fully connected.

The engine will run for about 2 seconds with starter fluid which is leading me to believe it’s a fuel problem?

Any suggestions would be fantastic. Also when I first got the engine to run I had a pretty decent back fire but this has not happened since.

I have been trying to figure out the GPS system in my 2017 RM.

If I am sitting in front of a place, how do I add it as a favorite if I don't know the address and it isn't in the POI database? I hoped that just holding my finger over the location would do it, or hitting the favorites button, but neither seemed to work.

Similarly, sometimes it is easier to scroll the map to a location than to type in the address or name. How do I tell the GPS to navigate to a point I have selected on the map?

Finally, I can't figure out waypoints. Let's say I want to ride out to San Francisco, and stop off at the Tower Cafe in Sacramento along the way, or plan a route to Sierra City via Portola rather than Loyalton. Or perhaps I am on my way to a hotel, how do I find restaurants along the way or near my destination?

product how to video

I'm thinking of getting a new bike to replace my XR150 (as it's quite underpowered and not enough for me already).

Unfortunately, all the 300-400cc bikes available in here cost some crazy money.

So, I was offered a used Suzuki DR650 for a reasonable price.

I used to think 10 Big Ones was a lot of dough ’till I started pricing new pickup trucks.

Now, Sure, yes, I know there are great used bargains for half that much, but a private seller’s not going to give you a 1% APR for three years like Suzuki does, you’re not going to ride off on the shiniest, newest bike on the block, and you won’t have the inner warmth of knowing you’ve done your part to stimulate the moto-economy.

After sticking with its tried-and-true Unicam engine when it unveiled the all-new Honda CRF450R in 2017, we weren’t going to be surprised if Honda followed suit with the 2018 Honda CRF250R, the company’s first all-new 250cc motocross model in four years.

But when Honda unveiled its all-new quarter-liter motocross contender last July, the 2018 Honda CRF250R featured a twist that even the 2018 Honda CRF450R can’t claim–an all-new, DOHC, dual exhaust port engine. Naturally, we were dying to swing a leg over the new machine and see for ourselves whether it had the goods to reclaim the top spot in the 250cc motocross hierarchy. That day finally came today at Zaca Station, near Buellton, California, where Honda allowed us to be among the first wave of dirtbike journos to ride the new bike. Today was also the day that Honda finally announced the MSRP of the 2018 CRF250R. The new CRF will be available in dealer showrooms this December for $7999.

Naturally, we were excited when we first saw it, and now that we’ve ridden it we can say that the 2018 Honda CRF250R is one impressive machine, although not exactly the way that we thought it would be. So let’s get right into it, shall we?

The Thunderbird 350X is expected to receive similar cosmetic updates as the 500X, however it will only be offered in two dual-tone colour options - red and white. That said, like the 500X, it too will get black alloy wheels and matte black engine and crankcase. The 350X will also get black painted front forks, headlight housing and instrument pods and a black exhaust. The 350cc version will get a new single-piece stepped seat, redesigned grab handle and an integrated LED tail light like the 500X. Also, the raised handlebars of the standard Thunderbird will be replaced with shorter units.

Mechanically, the Thunderbird 350X is expected to be identical to the standard Thunderbird 350. It will be powered by a 346cc, single-cylinder, air-cooled engine with an output of 19.8 BHP @ 5,250 rpm and 28 Nm of peak torque @ 4,000 rpm. The engine will be mated to a 5-speed gearbox. Like the standard bike, the 350X is likely to get front and rear disc brakes.

While media reports suggest that the Thunderbird 350X will be launched alongside the 500X, Royal Enfield is yet to make a formal announcement.

When I was planning to have HID installed in my GS150R, I was asked by many people about the circuit diagram of the bike. I couldn't find it anywhere, neither online nor in service centers. Later I did install HID without any modification, and years went by.

Last week when I was in Suzuki workshop, I spotted the GS150R circuit diagram framed on a wall. I don't have much use for it now, but I think it will be nice to have a thread where a reader can upload and find his bike's circuit diagram.

I am starting by the Suzuki stable biikes, and readers are welcome to contribute their own. Let's make a good depositary of Indian bikes' circuit diagrams!

The images can be viewed in higher resolution by clicking on them.

Since past few days I was having this itch to ride a Royal Enfield Bullet as I haven't ridden one ever and wanted to experience the legendary thump. Thought of borrowing it from a friend for a day but then decided against it as he loves his rides just like I do so I saved him from the awkward situation.

Next idea was of renting one and came across ONN Bikes Rentals in Jaipur and guess what they had a Classic 350 in their fleet!

Booking experience through their app was super quick. Whole process, right from registering to completing my booking took just about a minute. They have rental plans for as little as 4 hours duration and even ranging up to a month. For my test ride experience, I selected the 4 hour period. The best thing was I wasn't required to give them any deposit. I was charged merely 170 bucks for the 4 hours duration (56 kilometers). Fuel wasn't included in this tariff and if I went over my free 56 kilometers, I would have to pay 3 rupees per excess kilometer.

Three hours before my pickup time, I received a message from ONN Bikes saying that my bike is ready and I was shared a OTP which I have to tell the location in-charge while my pick up.

Reached their pick-up location in Malviya Nagar. Showed them my ID and gave the OTP. They provided me with a helmet. Staff was supportive and quick. I was shown the Bike which was a little dirty but otherwise in a perfect mechanical condition. They took some photographs of the bike before handling me over. They kept one of my ID with them.